BUT, there was some excitement. MRI revealed I am the proud owner of a Buford Complex shoulder anatomical variance. What is Buford Complex you ask? Great question, as my chirporactor (and probably my GP as well) asked the same thing when he read the report. He had to look it up before calling me. Buford Complex is considered a rare but normal variance in shoulder structure, consisting of a small or often non-existent superior anterior shoulder labrum, along with a thick, cord-like middle glenohumeral ligament. To the untrained eye, it looks like an avulsed labrum, but turns out I was born with it. Interesting thing is that it looks (and in my case FEELS) like a SLAP lesion, as my shoulder anomaly is exactly in the spot where a SLAP lesion occurs. So it's not that I've torn any cartilage, I just don't have any there, and something I've done has irritated it. A lot. Since it's not an injury per se, my chiro and I are a bit stumped as to what I can do about it other than what I've been doing. Resting, NSAIDs, and possibly some cortisone injections, if that's what my GP thinks. Haven't talked to him yet.

In addition to the Buford Complex, I have some sub-deltoid buristis, a Type 1 AC joint separation that has already tightened back up, and some inflammation of my supraspinatus tendon (one of my rotator cuff muscles), which incidentally attaches in the same neighborhood as the missing labrum part of my Buford Complex.

Good news, surgery doesn't sound like it's successful or necessary with my shoulder conditions, and MRI report states explicitly that I have no tear. Bad news, there's not some simple, subject-verb-object "do this" kind of fix for it either. I had taken myself off the big guns NSAIDs my GP put me on, namely because I don't like the potential risks associated with that class of drugs. But now that I know that inflammation is a key part of my problem, I put myself back on. Now I have proof that those pills may help my shoulder rather than guessing at it.

All this aside, I'm thrilled to have a shoulder anatomy that only 1% of the world's population has, and I think it's fun being different. Plus, it's been an excellent learning opportunity to look up, research and study something that I would otherwise never have known even existed.

So that's the news that's fit to print here. I said I'd update when I heard results of MRI, so here I am. Buford in the house! Woot!

Til next time,
Nat D, LMT

As an LMT I am not able to diagnose nor treat any illness or physical condition, and I am not a replacement for medical care.
Posted by Natalie Durkin, LMT at 11:42 AM

I always motivated by you, your opinion and attitude, again, appreciate for this nice post.

Where else you can find me: 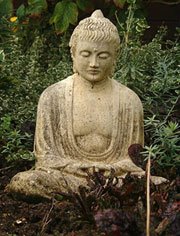 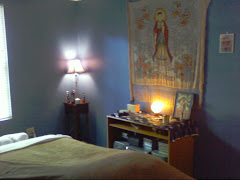 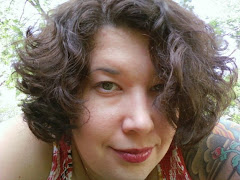